POLIO is a man-made, vaccine-induced disorder.

Your child IS a vaccine experiment:
Studies have NOT been conducted to determine the safety

in a variety of combinations as recommended by

The Cutter disaster was completely unnecessary which is what Dr Offit will never tell you, as polio is/was a man made disease, from DDT which got into the milk supply or circulating in the air from crop spraying (as shown by researchers: Jim West, Ralph R. Scobey, M.D., and Morton S. Biskind, M.D.) and medical injections such as antibiotics and vaccines themselves. Yes, vaccines were and are a major cause of polio!
http://whale.to/a/cutter_incident.html

The first cases of polio in children who received the tainted vaccine were reported to regulators on April 25, 1955 - two weeks after the nation began a drive to vaccinate millions of schoolchildren. Before it was over, 164 people would suffer permanent paralysis from the Cutter vaccine or from the outbreak of polio triggered by it. Ten others died.
http://www.sfgate.com/…/When-polio-vaccine-backfired-Tainte…

THE BEST WAY to unravel the Great Vaccine Mess is to set down, first, a simple chronology of events as they were seen, let's say, by an average newspaper reader or TV viewer. Then we can get on to some other things that also happened-though they were not in the papers-and to an examination of what went wrong.
http://ccat.sas.upenn.edu/…/wonder/…/Popular/harpers0855.htm

Dr. John Bergman has produced an excellent video that explains, through science and a timeline, exactly what happened.
https://youtu.be/zncuOv9VBxw 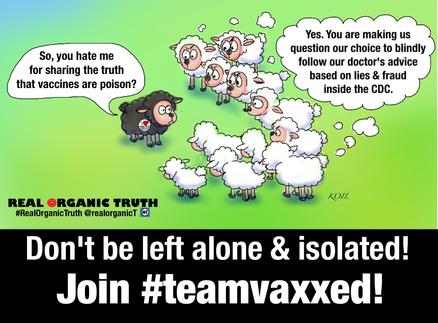 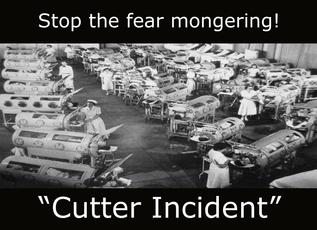 but didn't know where to start?

Check these out these links for Medical Truth!

Got Sick Kids? Top 29 Hidden Threats To a Child's/Infant's Health.

Sick kids are not a chance happening. It's an agenda. Parents need to become ferocious in the protection of their children. So many parents today open up their children to these organized attacks and are bewildered when their children become sick. It's simple cause and effect. Expose a child to a poison or poisonous environment and they get sick. Protect the child at all costs, and at all times, because the attack on the children is massive and never ending.
💥Shared by another Truther sourced from Jason Christoff. He is an incredible source of information! 💪🏼 ❤️😀Type your paragraph here.